Bethesda has been teasing us the last couple of days, driving Fallout fans crazy! It all begin with an innocuous tweet from their twitter account with the famous fallout load screen stating please stand by. As fellow gamers mentioned, as opposed to standard black and white stand by screen, the image was fused with a bit of color. As we question what it all means, Bethesda released a teaser video today.

It’s clear that we can expect a new Fallout game on it’s way, but as expected, the tease is just that. We now know that Fallout 76 is on it’s way. With so many questions coming to mind, the first is the most frustrating. What happened to Fallout VR for PSVR? Don’t get me wrong. I’m incredibly excited about a new trip to the wasteland, but I’ve been waiting for the release of Fallout VR on PSVR since it was teased a year ago. Nothing. At this moment, I’ve been a bit disappointed with the lack of mainstream titles for PSVR and I was hoping Fallout VR would finally give me the Wasteland experience I’ve been waiting for.

So my next questions is less frustrating… Will this new Fallout possible have a VR version for the PSVR at launch? If so, this would quickly redeem any annoyance I may harbor towards Bethesda for the lack of the Fallout 4 PSVR release.  Fans of Vr like myself, who didn’t want to drop the crazy money required for a working Oculus Vr experience and opted with the console version, would definitely be pleased. Regardless, I wont complain. 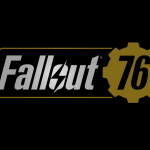 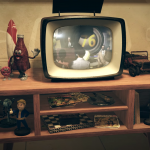 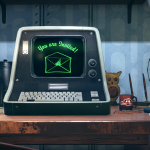 One detail of the tease that has me excited for reason that others could probably careless about is the vault number. Vault 111 is a number that most of us wastelanders and vault dwellers have become comfortable with. A big part of the tease the is new vault number listed as Vault 76. A little know fact about me is my birthday is July 6, 1976 ( yes I’m that old) so my birthday is 7/6/76… 76 has always been my lucky number. So yeah, that is just awesome Bethesda. You made my year with that alone. This is apparently no coincidence. The game is reportedly based on the series Vault 76.

With that said, I can’t wait for the new Fallout. Hopefully E3 will give us more clues about the upcoming release, but until then, we can all just speculate about the awesomeness Bethesda may bestow upon us.