A look at Tales From The Borderlands… 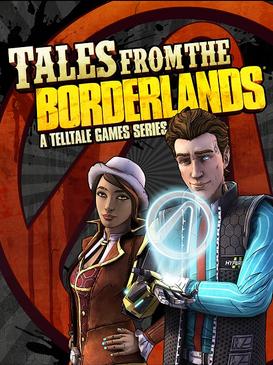 Tales from the Borderlands, from TellTale Games, is a story based reactionary game which relies on the “choose your own adventure” style of gaming. As the story plays out, you choose responses and actions that will actually drive your story through each episode. Decisions you make will affect the direction of the story, in the current episode, and future episodes as well. Every story is completely connected giving players unique experiences. Once completing an episode, you can choose to continue on to the next available episode, or restart the episode to check out the differences between the choices you make and how it affects the story. Characters that you interact with at times, will remember your responses, and it affects how they respond to you later. This programming ability is consistent with other TellTale games and adds to the replay value of each game.

I’ve played several other titles from Telltale Games, including The Walking Dead game, and there are noticeable improvements to character mobility and game play. In previous titles, character movement was limited, but in Tales of the Borderlands, you can move and interact with items with ease.

The 3D cell shading Art and design is perfect. You play as RHYS, a former Hyperion employee. Your nemesis becomes your boss, and demotes you to janitor after tossing your actual boss out of the airlock and into space! Talk about a bad day! As you’re swallowing your humility in your new bosses office, you overhear a conversation about scoring a vault key. If you’re new to the Borderlands world, vaults often contain vast amount of treasure, worth more than you’ll see in an entire lifetime. Vault hunters are constantly on the prowl, giving you stiff competition. As the story plays on, you’re given the ability to play a few other characters, like Fiona.

I have to say, being a fan of Borderlands, this new TellTale game is awesome! I’m looking forward to the rest of the episodes being released, and soon I’ll put up some actual gameplay for you to check out. Until then, give the game a playing!