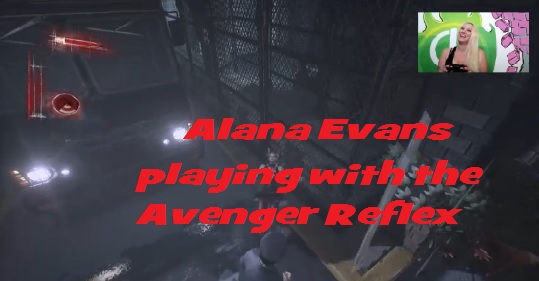 This past week was quite eventful! Our friends with Avenger, the controller mod company, sent us their brand new product to have some fun with! I did a live video stream using their product on Thursday, and it was posted through a great website, Vidfall. After receiving my package, I couldn’t wait to open it up and test it out! The Avenger Reflex is an adapter that attaches to your Xbox One or Ps4 controller. With the snap of a few pegs, you transform your controller into a weapon of mass destruction.

With unique triggers and positioning, the Avenger Reflex allows you to incorporate the use of other fingers to push your active buttons and free up your right thumb to stay on the directional stick. While this may sound like no big deal, using the Avenger Reflex gives you far more control over your character’s or weapon abilities. While it comes with a learning curve, mastering of the adapter won’t take long.

During my live stream for the Avenger Controller’s Twitch page, I played three different styles of games. First off was Batman Arkham Knight for some hero ass kicking and Batmobile driving. While I struggled a bit playing the new Harley Quinn storyline, simply because I was playing without sound, I killed it playing as Batman. The Avenger Reflex gave me so much more control over the Batmobile, which has been a struggle for gamers to operate. Switching from X to Y for combos during the fight sequences was so fast, I could hardly keep up! That’s definitely a good thing!

My second attempt with the Avenger Reflex was one of my favorite first person shooters, Borderlands The Prequel. I wanted to show off the speed and chaos the Avenger Reflex adds to game play. With the rubber straps under your controller adapter, your trigger speed is enhanced and perfected with the flick of your middle finger. It seems quite appropriate for blasting Scavs and Lunatics.

Finally, I wrapped up the two hour stream session by getting my butt kicked in some Mortal Kombat X. This is where that learning curve comes into play. All fighting fans know that winning is all about the combos! Because I was clearly thinking too much about my other fingers landing combos, I basically sucked, LOL! Who am I kidding. It was straight murder on my soul haha. I love fighting games. They are my hidden weakness. So needless to say, my current goal is to practice more with the Avenger Reflex AND redeem myself. It will happen!

After spending some real time playing with the Avenger Reflex on my Xbox One, I’ve gotta say I love it! I’m looking forward to using it more, and perfecting my skill! Be sure to check out their website, follow Avenger on Twitter, check out Vidfall, and watch the recorded stream! Here are a few cips from the stream. Visit our LIVE SHOWS page to see them all!