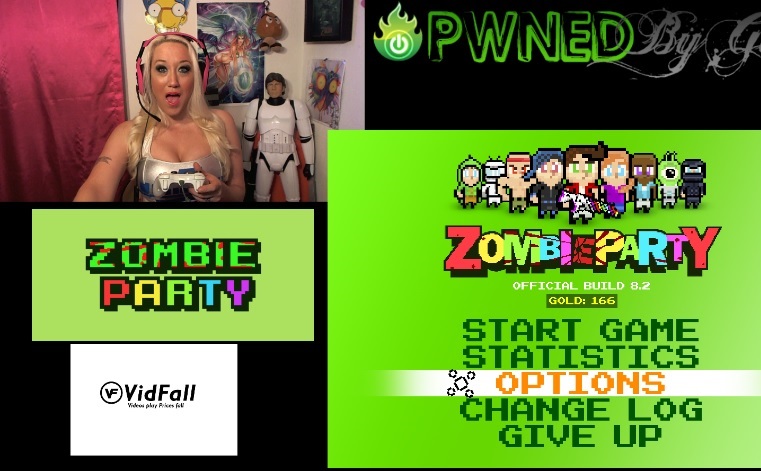 Check out the replay of our SuperPinkNinja and her Hump Day Gamer Stream for www.Vidfall.com This week she played Zombie Party! This multiplayer over head scrolling dungeon game offers several different modes of gameplay like Adventure, which is an all out zombie fest with waves of zombies coming at you. At the end of each level, you fight a different boss to complete the level and move on. Dungeon plays like Zelda, with an over head view and less creatures, making this a more mellow style of game play. You progress through different floors, clearing each level and collecting power ups. Arcade mode has you taking on a huge swarm of zombies once with the end goal being to defeat 10,000 zombies within the time limit. Finally, we have Death Match which is the bad ass PVP assassination zone. You compete against bots or friends and straight kill each other. Enough said.

Zombie Party is awesome! Check out the stream.
Watch live video from AlanaEvans on www.twitch.tv