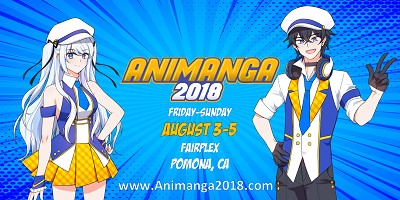 After the chaos of San Diego Comic Con this year, and the massive crowds, I wanted to hit up a smaller show to be reminded what that scene is all about. When I checked the Southern California schedule of local shows, Animanga Con in Pomona was the closest in both time and distance to my new home in San Diego. Even though it was more than 100 miles away, I felt the travel time would be doable even for just one day of the show. My experience has taught me not to set my self up for three days of a small show just in case its a dud. We decided to hit Saturday expecting it to be the biggest day of the show. We arrived within a couple of hours, just thirty minutes after the con officially opened. The lines was too long but it was filled with eager fans and cosplayers ready to have some fun. We made it through the line in less than twenty minutes and we were given a pre-printed generic show badge for Saturday featuring some anime characters. The goodie bag was a plastic bag with a manga book, some anime ads, and some cookies.

Once inside the show, we were greeted with massive AnimangaCon banners, inflatable mazes and such to the left and booths to the right. As we headed to the booths it was very easy to that there was not a lot to choose from. I was actually pretty disappointed and it seemed as if it was a massive missed opportunity. The con was filled with people ready to buy and not enough vendors or variety to meet their demand. Just past the booth area, we found the massive and impressive collection of artists and their handcrafted items. I was excited at this point and the wallet came out. After walking the artists alley twice, I had seen it all and made several purchases including prints, awesome Nuka Cola bottlecap earrings, and a Zelda amiibo for my Nintendo Switch.

On the opposite side of the artists was a tournament area for gaming. Different fighting games were being played by gamers of all ages and backgrounds. Tvs, consoles, and tables were filled with players competing for top glory. On the left side of the convention room, just passed the inflatable playhouses, a  car show area, and a stage with chairs for the audience awaiting the next panel filled the remainder of the room.  While I never saw anything actually happening on the stage, you could see eager con goers excited for the next show.

We only spent a few hours at the show but we did have a good time. After we finished walking the show floor, we hit up the minimal selection of over priced food trucks for lunch. I legit paid $10 for a grilled cheese sandwich. It wasn’t worth it but I was hungry and there weren’t many options.

Overall, I had fun at Animanga Con but I was disappointed. We had walked the show numerous times in less than two hours. If the promoters hired new staff to book more vendors, I think next years event could be better. While there is necessary improvements needed, I think the show could be worth the drive next year. We shall see! Check out the photos below! 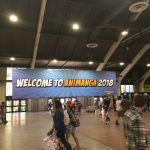 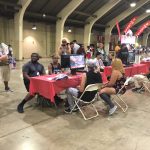 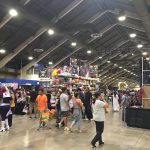 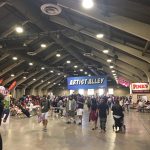 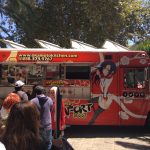 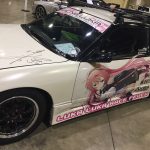 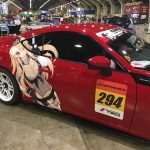 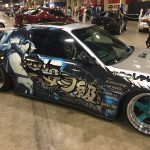 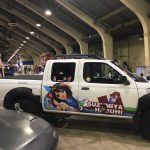 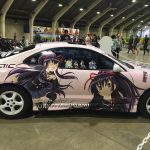