Are you ready for Jason? Friday the 13th Video Game coming May 26 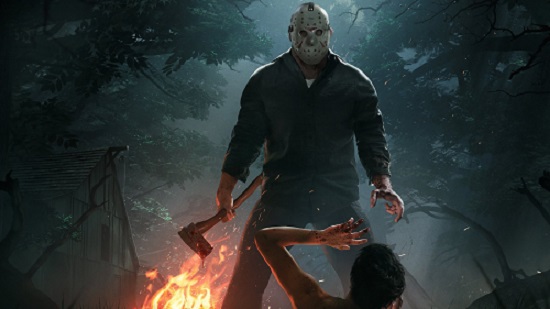 As a huge horror game fan, I couldn’t be more excited about the upcoming release of the Friday the 13th video game from publisher Gun Media. Given a May release date which is right around the corner, I am already planning my first stream! The game offers every possible awesome scenario, giving you the option to play as either a camper or as Jason Voorhees. Probably one of the coolest features of the game is that OG Jason stuntman/actors Kane Hodder assumes the role again in the motion capture sequences, making this game completely legit.

Designed by Ronnie Hobbs for Gun Media and Illfonic, Friday the 13th gives horror fans all the blood, gore, and intensity you could hope for. Watching the trailer, you can see Jason’s classic style of killing campers with his brutal machete is portrayed perfectly in all it’s bloody glory. The graphics and functioning of the playing characters isn’t over done nor will it win any awards, but the quality is enough to keep you entertained. With a title like this, fans expect the story to follow the classic movies, and this seems to be properly represented.

At the time of release, only multiplayer gameplay will be available but the folks behind the game say they’re working on bots to enable single player action. I can’t imagine finding other players across the world who want to kill or be killed wont be that difficult. With a few different campers, and one Jason, I’m sure the game play will definitely be stream worthy! I’m already planning my team of invincible campers to take on the masked monster!

This game honestly seems quite revolutionary, since I can’t really think of any other video game involving a similar concept. I am hoping the ideas conveyed in the game play will inspire creators of mainstream horror films to give us more video games, as there is definitely an active audience.

The latest trailer for the game is listed below! Watch and make your own opinion!

May 26th, Friday the 13th the video game will be available on PS4, Xbox One and Microsoft .