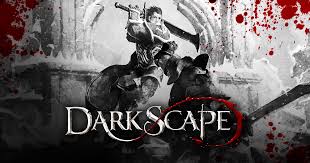 Thrill of the kill as DarkScape launches today

Death and deception lurks around every corner in this free-to-play,
alternate version of RuneScape

Thursday 17th September 2015, Cambridge, UK – Jagex Games Studio, creators and custodians of the fantasy MMORPG, RuneScape, is proud to announce the PC launch ofDarkScape, a cutthroat and fresh twist on the deadly player versus player (PvP) sandbox experience set in a shadowy, alternate game universe. DarkScape is entirely free-to-play and includes areas of Gielinor usually reserved for members in the main RuneScape game. Featuring a surprising and treacherous world divided into low, mid and high-risk regions, each with their own economy, players will have to decide how deep they travel into zones of maximum threat, where valuable resources and high-level content can be claimed.

In a game where the line between friend and foe immeasurably blurs, players will have to watch their backs yet work together to protect trade routes, hold resource plots, and form into bandit groups. Even Gielinor’s cities, highly-protected citadels of commerce in DarkScape, aren’t safe from PvP skirmishes. However, the further away from these rare ‘safe areas’, the more likely players will have to fight for their loot – and their lives. ·Items not stowed in a bank vault are dropped upon death

·RuneScape members benefit from double bank space, as well as +50% XP and an extra item kept on death

“As big fans of sandbox survival games, DarkScape was born from an idea we first bandied around the studio a couple of years ago. Even while it’s been on the backburner since then, it’s stayed with us,” said Conor Crowley, senior producer, DarkScape. “Developing a new take on the world of RuneScape, one where PvP gameplay rules supreme, has proved very exciting. We spent time looking for a way to get DarkScape into the hands of players as soon as possible, so the game launching today is very much an experimental first step. That said, it will continue to evolve and further develop based on how players explore our fresh take on a deadly MMO experience!”

In DarkScape, you fight or you die. Visit the official website for more information.