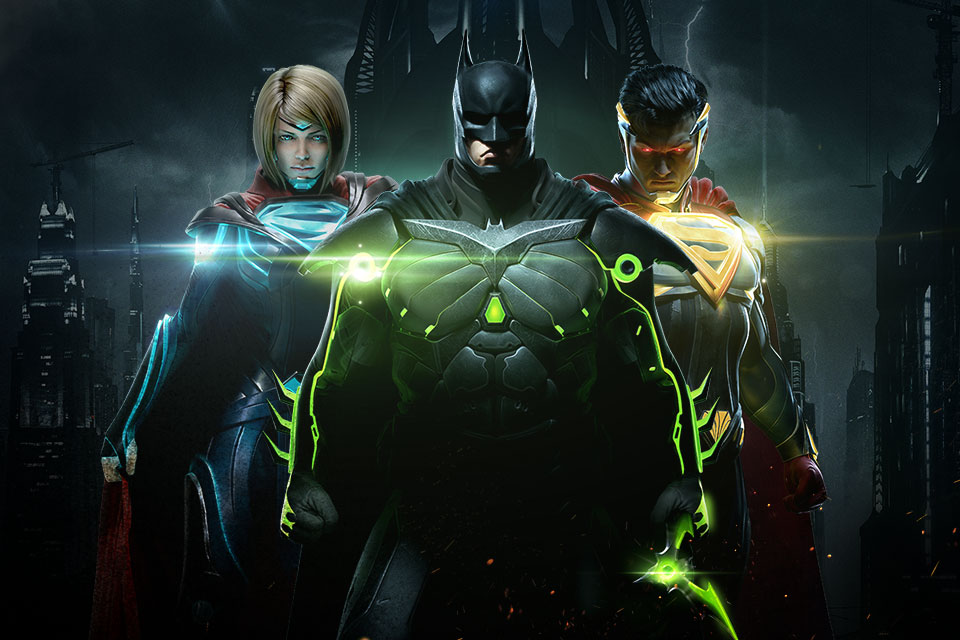 The long awaited sequel for injustice is finally here. This DC themed fighting game gives you the ability to battle as your favorite superhero against an enemy of your choice. Injustice 2 offers a few new options in gameplay, some incredible new characters, and upgraded fighting abilities. Now I have to admit I am a huge fan of the first game as well as DC comics, so for me, half the battle here is already won. I love the characters and the fighting style, but just because I loved the first title doesn’t mean I won’t find flaws in the latest edition.

Given that Injustice 2 was created specifically for the next gen consoles, I’d expect the graphics and cut scenes to be on point. While the animation is quite awesome, certain issues with the characters annoy me. In an attempt to make the people look as real as possible, the flesh of many of the “human” characters come off as a silicone robot. Real Dolls come to mind and I doubt that was the intention! Other than the awkward feels, the graphics are beautiful and the new fight stages are incredibly detailed.

As with all new games I play, I was eager to try out the story line. It’s definitely all over the place simply because of the amount of characters involved. The general theme is the impending doom of good vs. evil, as usual. Super hero drama is always entertaining.

Although there are a few changes to the game, the most notable is the new characters added to the roster. Some popular female icons have been added while others were removed. Supergirl, Poison Ivy, Cheetah, and a new version of Harley Quinn have been added, while Killer Frost, Hawk Girl, Zantanna, and Raven are no longer on the roster.

The one on one battles are quite epic, giving you awesome special attacks and combos. I love playing as each character just to check out their special attacks. While some have been upgraded since the first Injustice, most are quite similar. The combos can be pretty complicated, so I recommend practicing and completing as must of the tutorial as possible.

As with most competitive video game releases these days, your characters are customizable by purchasing packs filled with armor, weapons, and more. All of these items can be used during multiplayer battles.

After giving the game a good test run, I can happily say Injustice 2 has lived up to my expectations and I can’t wait to see what future DLCs come! Be sure to hit me up online if you score a copy. Let’s fight! I got Aqua Man. What about you?!