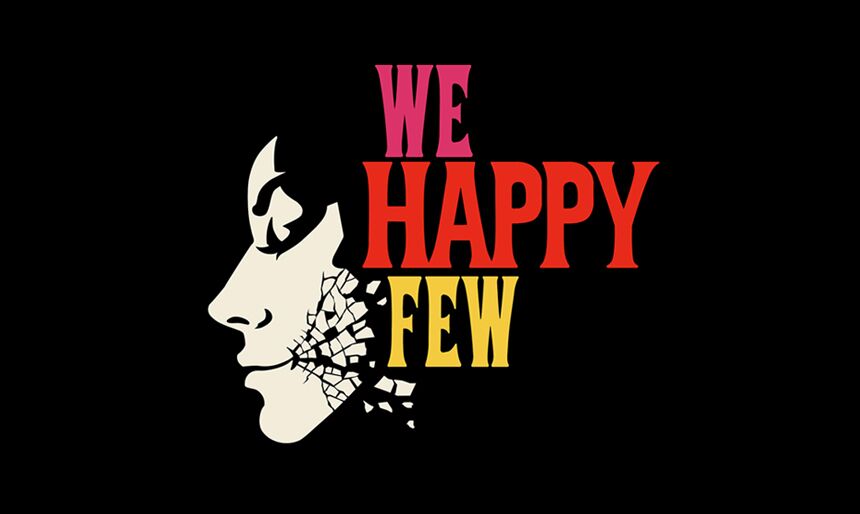 IN a world full of incredible indie game developers, crowd funding sites such as kickstarter, have helped launch games from developers that might not have that huge distribution backing. This doesn’t mean a game isn’t worthy, in fact, it’s quite the opposite. Giving gamers the opportunity to fund games THEY WANT has opened the door and caused an awesome flow creative genius. One of these such games is titled WE HAPPY FEW, created by Compulsion Games.

Now I absolutely love Compulsion games. They created an awesome game titled CONTRAST, that I played on my Xbox One. I loved this game, based on a child searching for her parents, who live inside the shadows. The story was brilliant, and the theme of the game play was beautifully intense. Movement was based on jumping in and out of shadows, making you really think about your next move.

WE HAPPY FEW is a survival game that takes place in a retro- futuristic, post WWII, dystopian English city. The population of Wellington Wells is all drugged out… on JOY! Your happy pill has worn of and you are trying to escape the city. Sounds like a simple plan right? These downers, as you’re character is referred to, learn about the true history of the crazed city and your past memories.

Check out the trailer, hit up the kickstarter, and help make this game a reality! Those who contribute get hooked up with alpha codes! It’s a win win!