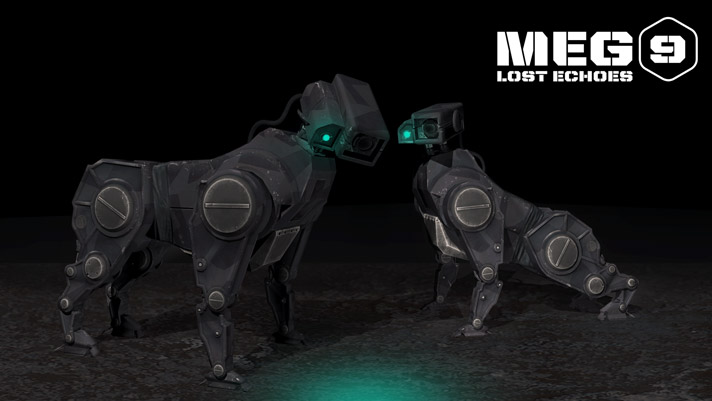 Within the hostile environment of the Probability Aperture, a high-tech research complex called Horizon vanished from the grid. In the darkness, surrounded by nightmarish creatures, the lone AI-construct MEG has triggered a distress call.

Take control of the Rig, a massive 10-ton remote-operated vehicle outfitted with the latest in military hardware, as you uncover the secrets that lay within the walls of Horizon.

Utilize your only ally, MEG, to collect parts, hack terminals and deploy units against the relentless enemy.

“It’s been a long journey, but now that we are finally pulling back the curtain on MEG 9: Lost Echoes, we couldn’t be more excited.” says Creative Director, Stephen Parkes. ”William Gibson has helped us tremendously in creating such a rich narrative playground, and we can’t wait to show more of it to folks at PAX Prime 2015!”

MEG 9: Lost Echoes will be playable at PAX Prime 2015. Stop by booth #6905 if you’d like to go hands-on and explore Horizon. Visit the website for more information.