Mushroom Wars 2 Is Set For a July 5th Release on Switch! 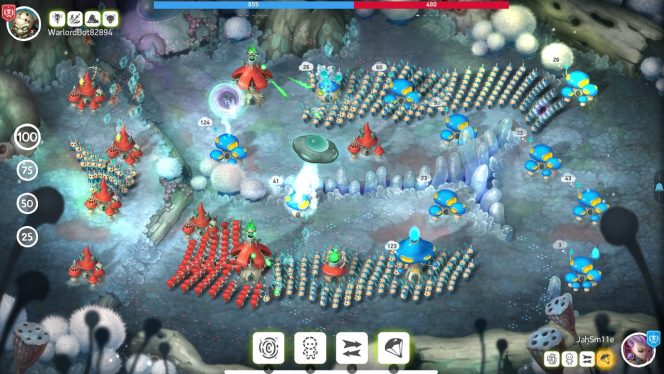 May 31th, 2018 – No longer relegated to the likes of cream soups and vegetarian meat substitutes, these Mushrooms are geared up for mortal combat! Mushroom Wars 2, the second in a long line of the hit Real-time strategy game with pedigree, is heading to the Nintendo Switch on July 5th, 2018!

Mushroom Wars 2 is the first true real-time strategy experience available for the portable gaming console, and its short, fast-paced matches are perfect for games on the go. Players can lounge outside in the springtime air while simultaneously conquering over 90 multiplayer maps with the Switch’s on-the-go capability. Mushroom Wars 2 is cross-platform compatible with the previously released versions; With over 1.8 million players worldwide, easy match-ups are but a button press away!

To celebrate the launch on Switch, Mushroom Wars 2 has put together a battle-inspiring new trailer staring a stalwart, fungi commander-in-arms, sure to inspire troops to pick up their arms (and in this case, consoles)!