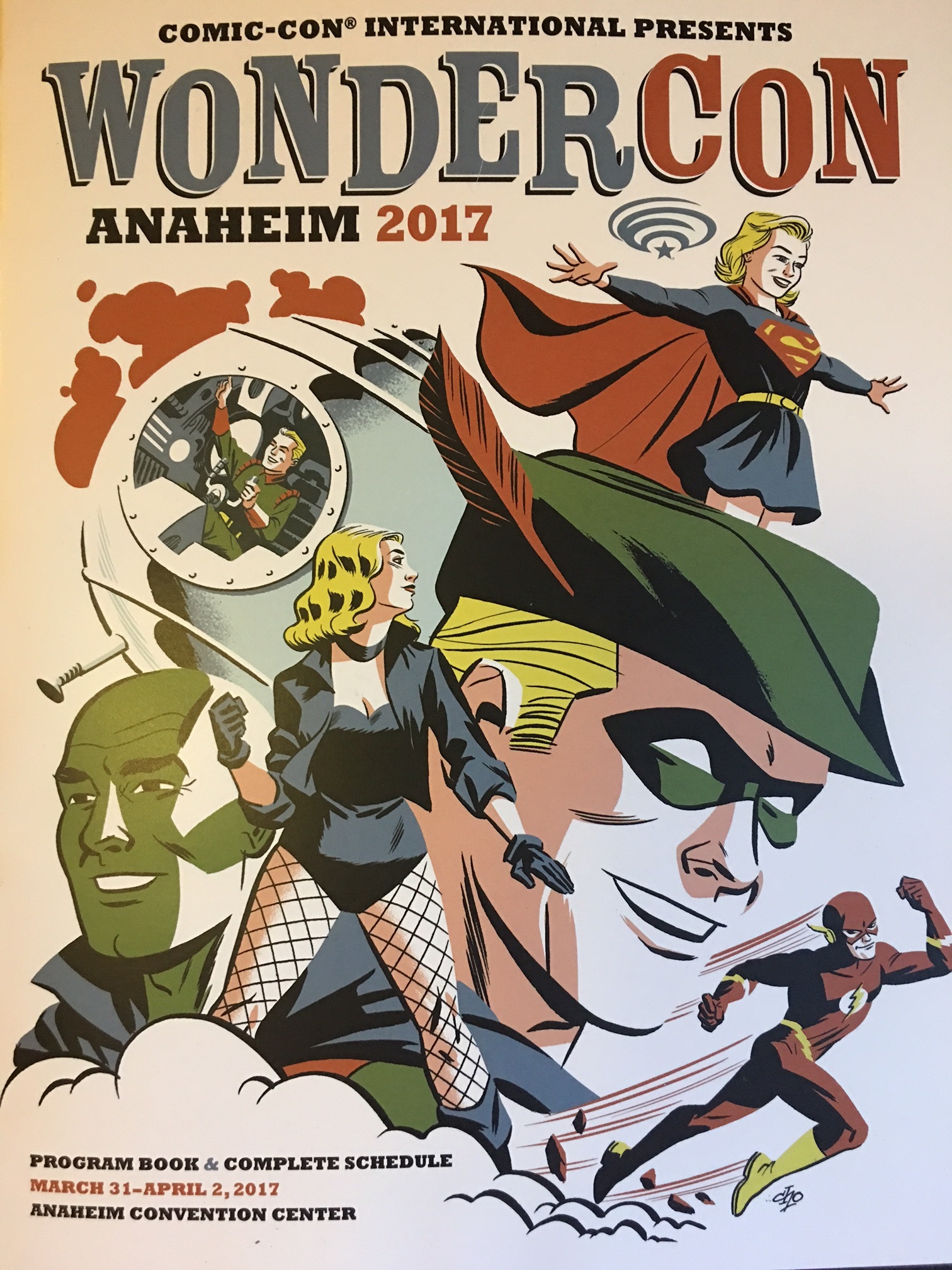 Every spring, comic culture fans and cosplayers descend into the heart of Anaheim for one of the cities favorite events, Wondercon. While southern California sees it’s fair share of comic conventions, Wondercon is one of the more family friendly events, quite possibly because it’s located so closely to Disneyland. This year’s event was a welcomed treat being back at the convention center. Due to construction at the venue in 2016,  Wondercon was held at the Los Angeles Convention Center, leaving many con goers a bit disappointed being relocated to the downtown Los Angeles area.

Returning to Anaheim this year definitely had a twist of is own. One of the best locations to take photos of your favorite cosplayers, the water fountain that sits on the walkway between the Hilton Hotel, the Marriott, and the convention center, was completely locked off for badge holders only. Instead of the entrance into Wondercon being the actual convention center doors, like normal, the wonderful folks behind Wondercon felt it best to start the “check in process” at the sidewalk. Every exit from a parking structure, hotel door, and sidewalk was ‘guarded” with gates and security. What was once a great area for people to enjoy just showing up to take photos, was shut down by corporate. There may be for a few simple reasons for doing this, such as keeping the foot traffic down, the crowds to a minimum, or it could be a guaranteed way to sell every last ticket. The financial benefit for “Comic-Con” who owns and runs “Wondercon,” was clear. Nearly every day of the event was sold out. Once cosplayers knew they couldn’t get to the water fountain for their photo opportunities with fans and press, those passes sold like NES classics.

Once you got passed the entrance drama, the show was amazing! This year seemed to be the largest Wondercon yet, with several halls filled to the brim with booths and artists. I am always excited when I come upon my favorite artists, whether they’re someone I’ve met before, or someone I’m a fan girl of, this year is no different. One of my favorite artists and writers, Dj Kirkbride, was at the show promoting his newest comic, the once and future Queen, from Dark Horse Comics. After saying hello and snagging a copy, I continued through artists alley on my search for artwork. I truly love spending my hard earned cash on independent artists. Loading my walls up with comic book style artwork is a  true passion and discovering new artists always gets me excited. I met up with artist Chris Thorne, who recreated me as a perfect zombie! This was a great way to spend my money! Not only was I getting a custom piece of art, it was created to resemble me! I can’t think of a better way to appeal to my vanity.

A total con favorite for myself along with many others, is the Hollywood Sci Fi Museum booth. This year, the set up at their booth was no less than a Trekkie’s dream! The booth featured a remake of the ENTIRE bridge from the original Star Trek,as well as amazing wax figures of Spock and Captain Kirk. The coolest feature of this years Hollywood Sci Fi Museum was the appearance of Nichelle Nichols, Uhura of Star Trek. Huston Huddleston, founder and head of the museum, is always working to make the booth bigger and better with each event, and this year was no different.

After snagging gifts for the ones I care enough to spend money on, including myself, I wandered outside to enjoy the cosplayers in action. The incredible array of design and hard work invested in the costumes around me always puts a massive smile on face. It’s reminiscent to seeing your favorite Disney characters while enjoying the magical kingdom close by. I love seeing my favorite cosplayers and checking out their latest creations. It truly makes the con experience whole.

As with most every comic convention I attend, my crew always consists of fellow PwnedByGirls gamer and contributor Penny Lane. We spent our hours away from the show catching up on Galaxy Falls and dressing up like unicorns. There is nothing better than con life. Below is a sample of our antics… for the full gallery, visit the WonderCon 2017 page.